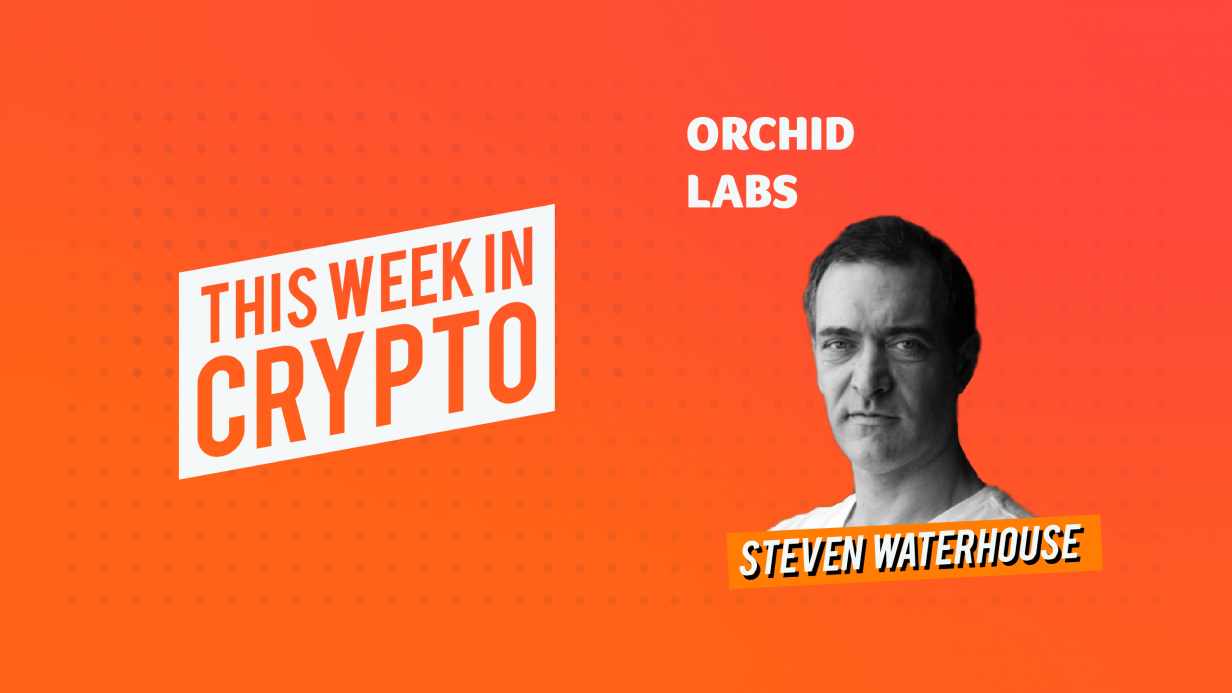 Orchid is building open source tools for custom VPN configurations and privacy services. Orchid CEO Steven Waterhouse talks about the vulnerabilities of today’s VPNs, the purpose of OXT, and shares his experience with being SIM swapped.

Orchid is a decentralized VPN that enables users to connect to multiple bandwidth providers. The network is permissionless allowing anyone to operate a node and receive payment in Orchid’s native ethereum-based token OXT. Several VPN companies have also onboarded as network nodes on the platform. Orchid’s system-wide VPN is compatible with any browser and mobile device, including android and Apple test flight.

To support the throughput required for real-time payments between Orchid users and bandwidth providers, Orchid built an advanced payment architecture known as probabilistic nanopayments. Orchid users send payments through packets, units of data that are routed between an origin and a destination on the web. However, only one payment sent through the packets holds value while the rest are not worth anything on a probabilistic basis. This can be compared to a lottery, where the winning ticket is worth a lot, but the expected value over time is the same as if each packet was equally valued. A transaction fee is only incurred on the “winning” nanopayment. Providers are then able to capture the packets and redeem the winning ticket for payment.

The OXT token is used as a form of payment in the Orchid ecosystem. Users connect to the Orchid App and lock up OXT into an Ethereum smart contract. The smart contract then sends nanopayments to any provider on the network that is accepting payments for service. Providers can then redeem the winning ticket as payment via an on-chain transaction. Over time, the value transmitted on-chain will match the value represented in the probabilistic nanopayments. Providers stake OXT to operate nodes on the network.

Users can string together or “hop” multiple VPN providers in order to make their IP connection more private. Orchid nanopayments are pseudonymous by the nature of many payments being sent to multiple bandwidth providers. Users can also build protection against timing attacks by using a different ethereum address connected to each hop.

Stay woke on the latest in crypto.