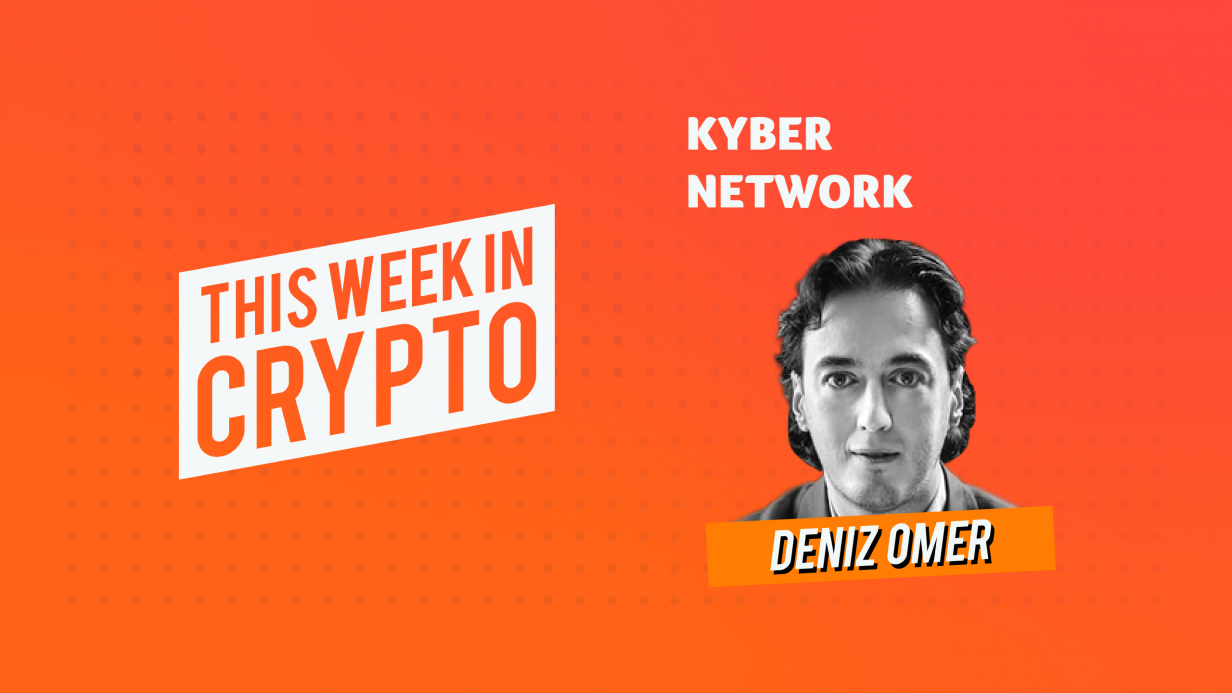 Kyber Network is a liquidity protocol that allows traders to exchange and convert tokens. Developers can integrate Kyber into crypto wallets and DeFi applications. Kyber Network’s head of growth Deniz Omer joins me to discuss decentralized liquidity, challenges of DEXs and his thoughts on the recent bZx complex market arbitrage.

Exchanges like Coinbase, Binance, and OKEX use an order book of buyers and sellers to determine the market price. Although centralized exchanges have a friendlier onboarding process, custody remains to be the largest drawback. There is no shortage of hacks, lost funds, and frozen accounts such as the case with Mt. Gox, Quadriga, and Einstein. Decentralized exchanges are known for being clunky but they have come a long way with UX improvements. Kyber Network is working to bring seamless dapp integrations and access to decentralized liquidity.

In 2018, Kyber Network launched what is now known as KyberSwap, a DEX for swapping and trading tokens. Later that year, wallet providers ImToken, MEW, and TrustWallet integrated with Kyber. In 2019, Kyber saw the rise of DeFi with 30+ dapp integrations.

Applications can integrate the Kyber widget to enable token swaps, APIs to make calls and trades, or smart contracts to achieve seamless UX.

During the Ethereum Denver 2020 Buidlathon, an individual was able to game bZx’s Fulcrum trading platform and left with a $350k profit. In a tweet from KyberStatsBot where Denis noticed a single trade over $1.5 million passing through Kyber Network.

The trade includes DyDx, Compound, Uniswap, Fulcrum, and Kyber. According to Reddit, an individual took out a flash loan of 10k ETH from DyDx and moved half to Compound and half to Fulcrum. He then opened a large short on BTC/WBTC on Fulcrum with 5k ETH, causing the ETH lending supply rate to spike on Fulcrum. Simultaneously, he borrowed 112 WBTC on Compound and sold it on Uniswap to push down the price of WBTC, resulting in a profit from the short on Fulcrum. Lastly, he paid back the 10k ETH flash loan to DyDx and was left with about $350k in profit. Deniz describes the situation as price manipulation rather than a hack.

The center of the exploit is bZx’s price oracle. Some believe bZx used a single price feed from Uniswap, which uses automated market makers to provide liquidity based on a curve formula. A major drawback of this is increased slippage with larger volumes. According to Deniz, a “DEX bridge” provides the market price for some decentralized exchanges. Deniz says on-chain price oracles can be manipulated and Kyber Network is very open about telling developers to not use Kyber or Uniswap as an independent price oracle. Kyber also provides a feature for slippage, enabling partners to revert transactions that exceed the set slippage percentage.

Kyber believes that it’s highly unlikely that Ethereum will become a single dominant force and accrue all the value within the blockchain space. In an effort to look for blockchains with different strengths, Kyber has dabbled into non-ethereum blockchains by building a bridge between ETH and EOS. As a proof of concept, the Waterloo Bridge enables users to lock up funds from one chain and issue them on the other chain.

Stay woke on the latest in crypto.